Happy Shrove Tuesday/Mardi Gras/Fat Tuesday to you today! As I mentioned in the previous post, being raised Southern Baptist, we never recognized the Lenten season. It was until college and my exposure to different people from different cultures, religions and denominations before I came to learn about this season. For the longest time, I just thought it was a time where people just gave up stuff…for the most part, it was chocolate, sweets, tv, etc., but then I learned there was a LOT more to this whole Lent thing. So for those interested, here is a quick snapshot history lesson on the season of Lent:

Lent in the Christian tradition, is a time of sacrifice for Jesus leading up to Easter. Traditionally, Lent is the preparation of the believer — through prayer, penitence and self-denial — commemorating the Holy Week of the Death and Resurrection of Jesus. The Lenten season usually lasts around 40 days (leading up to Easter Sunday). The 40 days represent Jesus’ time in the desert with Satan (see Matthew 4). 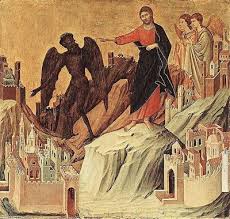 Lent officially begins tomorrow on Ash Wednesday and ends on Holy Saturday (day before Easter Sunday). There are various traditions regarding Lent. Some groups observe eight weeks (excluding Saturdays and Sundays) for a total of 40 days of fasting. Most stick to the traditional fasting from certain foods or activities every day (excluding the Holy day – Sundays) until Easter Sunday.

Why fast or “give up” something for Lent?

For the longest time, I just thought people gave up stuff as a “crash diet” before bathing suit season started…no really, because most people I knew where giving up desserts or chocolate or eating real food in general…arguably…most of these people were girls.

But the actual tradition of fasting during this 40 day period is supposed to be an act of penance or repentance. The three traditional practices for Lent are prayer, fasting and “almsgiving” which basically means giving to those without.

In my little experience, I usually try to pick something that I have become seemingly “dependent” on for some reason or another. Last year, it was coffee…but folks, because I love my friends and family too much to put them through that again, I won’t give up coffee again…I have however decreased my intake from the normal (okay, normal to me…excessive to others) 5 cups a day to just 1 cup a day.

So I think, when trying to decide something to fast from, try to pick something that you really find yourself hard-pressed to give up. The reward is being less dependent on things so fleeting and more dependent on God…I mean because technically, when you give up something in a fast, you are supposed to pray through that fast for strength, etc…

So why does everyone eat pancakes on Fat Tuesday and is Mardi Gras really just a way for girls to lift their shirts for beads?!

Wow…to think about the craziness that is Mardi Gras in New Orleans…one day I would like to go just to see it in person…not the boobs, but the crazy costumes, parades and to eat the delicious food. Traditionally Fat Tuesday is Mardi Gras in French…or some refer to today as Shrove Tuesday. The word shrove is to shrive, which means to obtain absolution for one’s sins by way of confession and doing penance. In the old days, Christians were expected to go to confession in preparation for the penitential season of turning to God…moreover releasing high spirits before the somber season of Lent…can you say Mardi Gras?!

Popular practices on this day include wearing masks and costumes, overturning social conventions, dancing, sports competitions, parades, etc. Pancakes are a traditional food for Fat Tuesday. Pancakes and related fried breads or pastries made with sugar, fat and eggs as the “indulgence” before the fast…to “plump” up before you “give” up.

Hope this little “history” lesson helped you understand the basics of this Lenten season. I still haven’t decided what I am giving up yet…Facebook, however, is still in the running. I do know that I will consume some yummy pancakes and delicious Mardi Gras food at work today, along with kicking the eighth-graders’ butts in the annual eighth-grade vs. MS faculty basketball game this afternoon.

What are you giving up for Lent this year? Are you going to eat pancakes today?!